While Los Angeles drivers were busy spending 128 hours and nearly $1,800 stuck in some of the country’s worst traffic jams, another, greener trend was beginning to take root.

It started with the first ride in June. Then the first one hundred. By January, 2019 the trend had turned into a full-fledged movement, and today the City of Angels is celebrating a milestone that places it among the most prolific micromobility markets in the world:

The announcement comes less than one month after Lime was awarded one of only three one-year operating permits for e-scooters in Los Angeles.

“3 Million rides is a huge milestone for us,” said Karla Owunwanne, Lime’s LA Community Affairs Manager. “In a city known worldwide for car congestion, we’re proud to be transforming transportation in a meaningful way.”

And all those rides add up fast. To date, Angelenos have traveled far enough on electric scooters to circle the Earth more than 153 times.

Lime’s history of serving riders in Los Angeles dates back to 2017, when the first Lime pedal bikes were launched in the city’s 15th Council District. 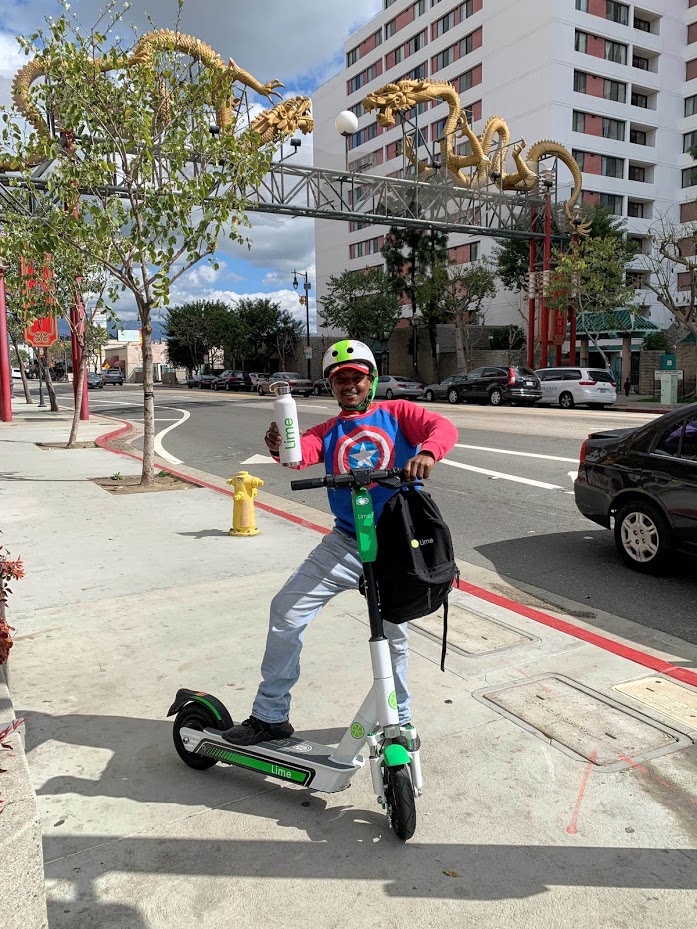 More recently the company has increased its community presence across the city, participating in events from the 2nd District Library Foundation Fundraiser to Cesar Chavez Community Day.

To stay up to date on important micromobility milestones from around the world, subscribe to the Lime blog, or download the app to take an electric scooter ride of your own the next time you’re in Los Angeles.