In 2018, Lime became the first micromobility operator to offer an opt-in donation module allowing riders to round up the cost of each trip and donate the spare change to a community organization of their choice. Since then, nearly 40 local nonprofits have been added to the growing list of charitable recipients.

In Austin, Texas, Lime is proud to partner with Bike Austin through our Lime Hero and Lime Action programs, which encourage our riders to get involved with community organizations where Lime operates. Bike Austin works to improve the quality of life for all of Austin and Central Texas by growing bicycling as a form of transportation, exercise, and recreation.

We spoke with Bike Austin President Chris Riley to learn more about their mission, the growth Austin is experiencing, and how Lime riders can get involved! From 2009 to 2015, Chris served on the Austin City Council. He has since earned a master’s degree in Urban Placemaking & Management from Pratt Institute.

Tell us about Bike Austin and your mission:

Bike Austin works to make Central Texas a place where biking is a safe and inviting option for everyone, and where everyone recognizes and embraces the benefits of biking, whether they ride or not. We advocate for better bike infrastructure, provide education about biking, and help riders connect with others for group rides.

What are some of your current projects?

We’re currently building support for a Living Streets program, which would enable neighbors to work together to make their streets safer, livelier, and more beautiful places. We’re also continuing to advocate for bike-friendly outcomes on critical projects like the Shoal Creek corridor, which is still a work in progress, and Congress Avenue, where we recently got protected bike lanes. 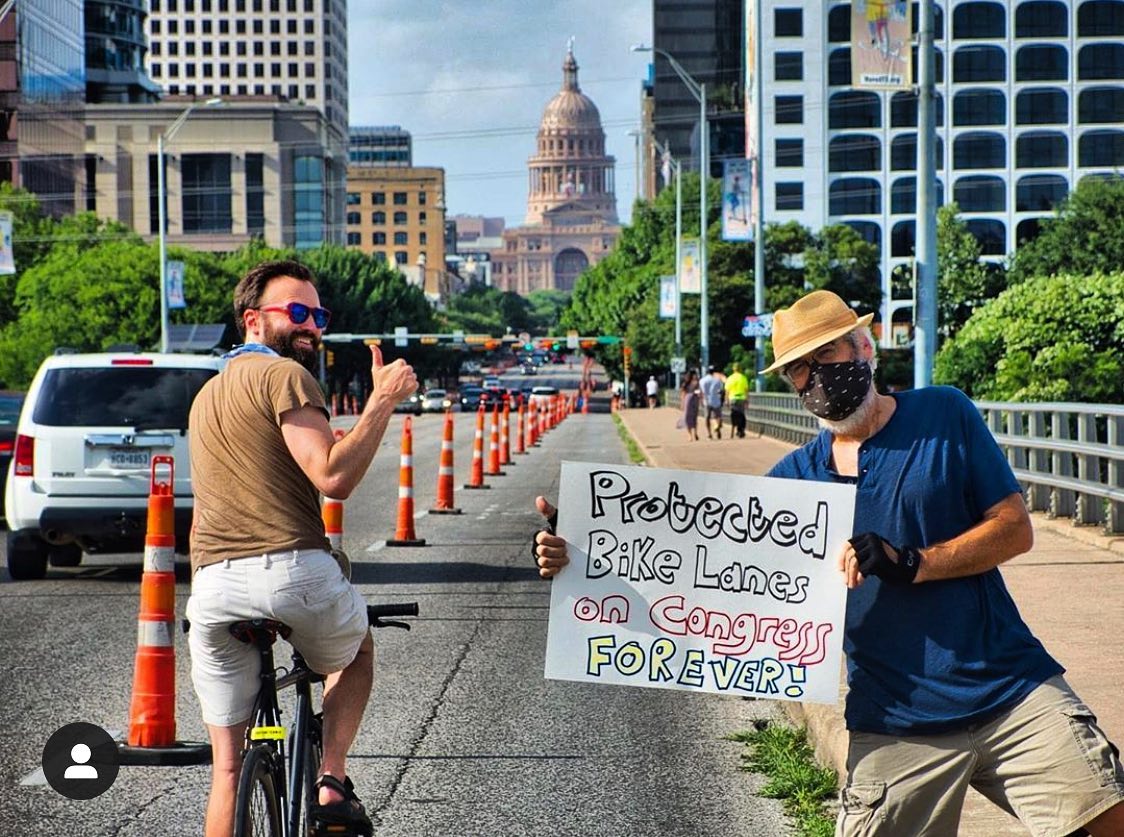 Austin has experienced tremendous growth recently. What are some of the biggest challenges and opportunities for creating safer streets and infrastructure to keep up with this growth?

Austin’s streets can be hostile, dangerous places, especially for people on bikes. But we now know how to make streets safer for everyone, and we also have significant funding to make that happen. The really exciting opportunity before us is to create a city-wide network of infrastructure that’s safe and inviting for anyone who wants to ride, whether they’re 8 or 80. The city has some excellent plans toward that end, and the hope is to have some 80% of the network complete by 2025.

Last year, Austin voters passed Proposition B, which Lime was proud to endorse. How will this impact Austin?

With two-thirds in favor of Proposition B, Austin voters confirmed that they want options for getting around our city without cars. Prop B will bring $460 million in city investments in safe streets and biking infrastructure, including new trails, sidewalks, a pedestrian bridge, Vision Zero improvements, Safe Routes to Schools improvements, and transit enhancements. This win -- together with the approval of Proposition A, which represents a leap forward for mass transit in Austin – signals big things for much healthier transportation options in the coming years.

What does a “People First City” mean to Bike Austin?

For us, a city that places people first is one that offers a built environment designed around the needs of humans, rather than the needs of cars. Much of Austin’s growth, unfortunately, was built around cars, and many of our roads are unsafe and uninviting. Putting people first would mean rethinking the conditions on our streets and transforming them into safe, appealing places for everyone, regardless of how they get around. 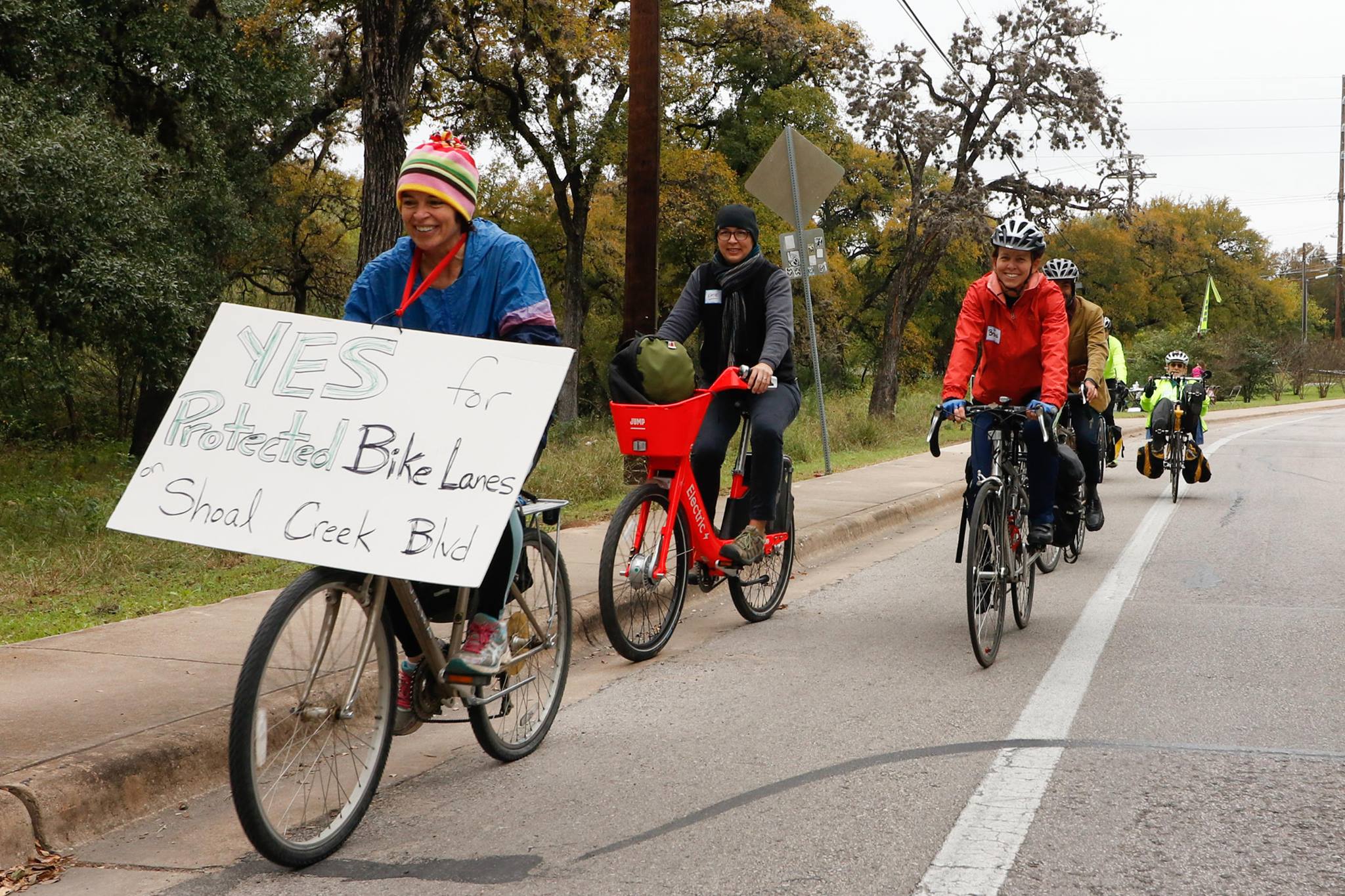 How can Lime riders support your work?

Please be sure to join the Lime Hero program if you’re a Lime Rider! Those small donations will add up over time and support Bike Austin’s work. We’re eager to work together with the Lime community toward a shared vision of a better city, so whether you ride a bike or e-scooter for fun or for health, environmental, financial, or congestion-free reasons, we need your support!

We also invite Lime riders to become a Bike Austin member and help make Austin safer and more accessible, with a cohesive network of infrastructure that welcomes riders of all ages and abilities.

Our Lime Hero program lets riders round up the cost of each ride and support a local charitable cause. Donate a slice of your Lime ride and give back! You can visit li.me/en-us/programs/lime-hero to learn more or sign up for Lime Hero in the Lime app.

Cheers To All The Joyful Journeys in 2022!

The Summer of Lime