Since launching our first pedal bikes in June of 2017, Lime has encouraged people around the world to explore their cities, reduce their dependence on personal automobiles and fundamentally reimagine the concept of urban mobility.

Today we’re proud to announce that our riders have reached another major milestone in the advancement of micromobility, taking more than 50 million trips on Lime products in less than two years. 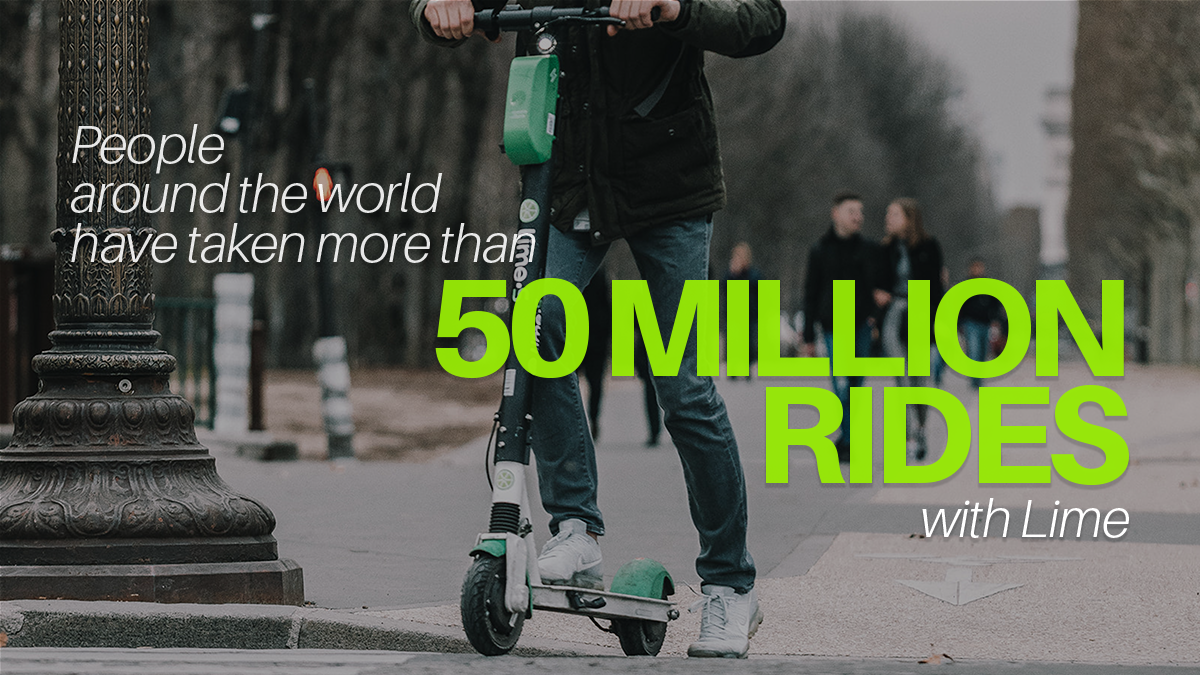 This achievement is a testament not only to the need for innovative mobility solutions in our cities, but to the commitment of Lime riders to support accessible, sustainable transportation.

And as you might expect, these 50 million rides come with some impressive corresponding stats.

According to global surveys conducted across 26 cities, approximately 1 out of every 3 trips made on a Lime has replaced a ride that otherwise would have been made by car. From this shift, we estimate that our riders have avoided about 15 million miles of car travel and prevented 6,220 metric tons of carbon emissions from entering the atmosphere. 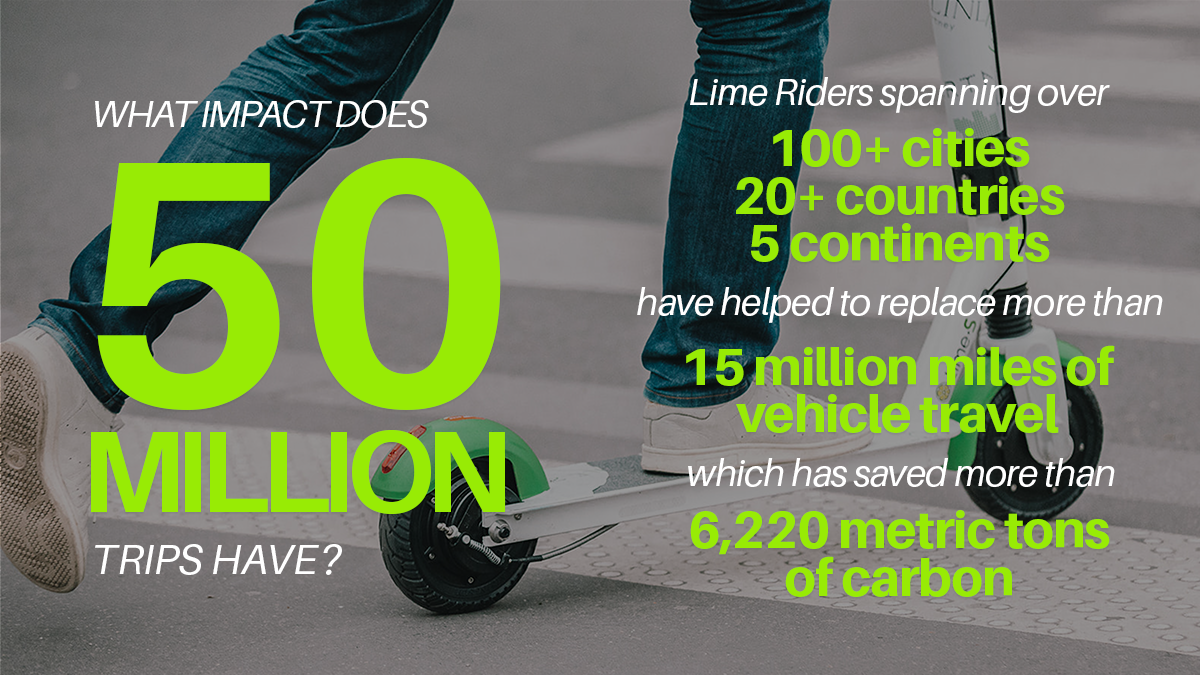 Similarly, as reported on Earth Day, Lime riders have saved nearly 700,000 gallons of gas – equivalent to taking 1,320 passenger vehicles off the road for a year.

With operations in over 100 cities spread across 5 continents, Lime’s 50 million rides have been made by individuals spanning a wide spectrum of ages, ethnicities and socio-economic backgrounds.

A recent study has shown that 33% of Lime riders in the US identify as female and 36% identify as people of color. This represents an increase of 18% and 33% respectively compared to cycling statistics and national averages.

Additionally, more than one in three Lime riders report an annual household income of $50,000 or less, demonstrating how Lime is able to serve all communities -- including those that are underserved by public transit.

To be the first to hear about micromobility news like our 50 million ride celebration, subscribe to Lime 2nd Street or take your own ride today by downloading the Lime app.

Lime Wants You To Break Up With Cars