We’re thrilled to announce that Lime was today awarded a permit to provide e-scooter share services in New York City during its first-ever e-scooter pilot program. We’ll launch 1,000 e-scooters and will operate for a term of one year, with an option for the New York City Department of Transportation (NYC DOT) to renew the permit for an additional year.

“We’re honored by the opportunity to once again serve New York,” said Lime CEO Wayne Ting. “This e-scooter pilot program couldn’t come at a better time, as New York focuses on providing low-cost transportation options that allow residents to travel socially-distanced in the open air. In welcoming a new mode of transportation to its streets, New York demonstrates its dedication to shepherding a sustainable recovery from COVID-19--one that isn’t hampered by the crippling traffic congestion that depresses growth. Getting this program off the ground quickly, in the midst of a global pandemic, is clear evidence of how global cities like New York are adapting to establish a new normal for transportation that is shared, electric and carbon-free. It is a testament to the urgency we face in combating climate change, as well as to the leadership of mayors like Bill de Blasio, that micromobility programs have proliferated so rapidly over the past year.”

New York has long been a priority market and this selection by NYC DOT to serve New Yorkers in the e-scooter pilot follows our participation in the City’s dockless bike share pilot several years ago. Over the past several years, Lime contributed to the effort to legalize electric scooters on New York streets, both at the state and local levels, alongside delivery workers as part of the Deliver Justice Coalition and worked closely with city legislators, community organizations and local advocates to approve a pilot program in the summer of 2020. 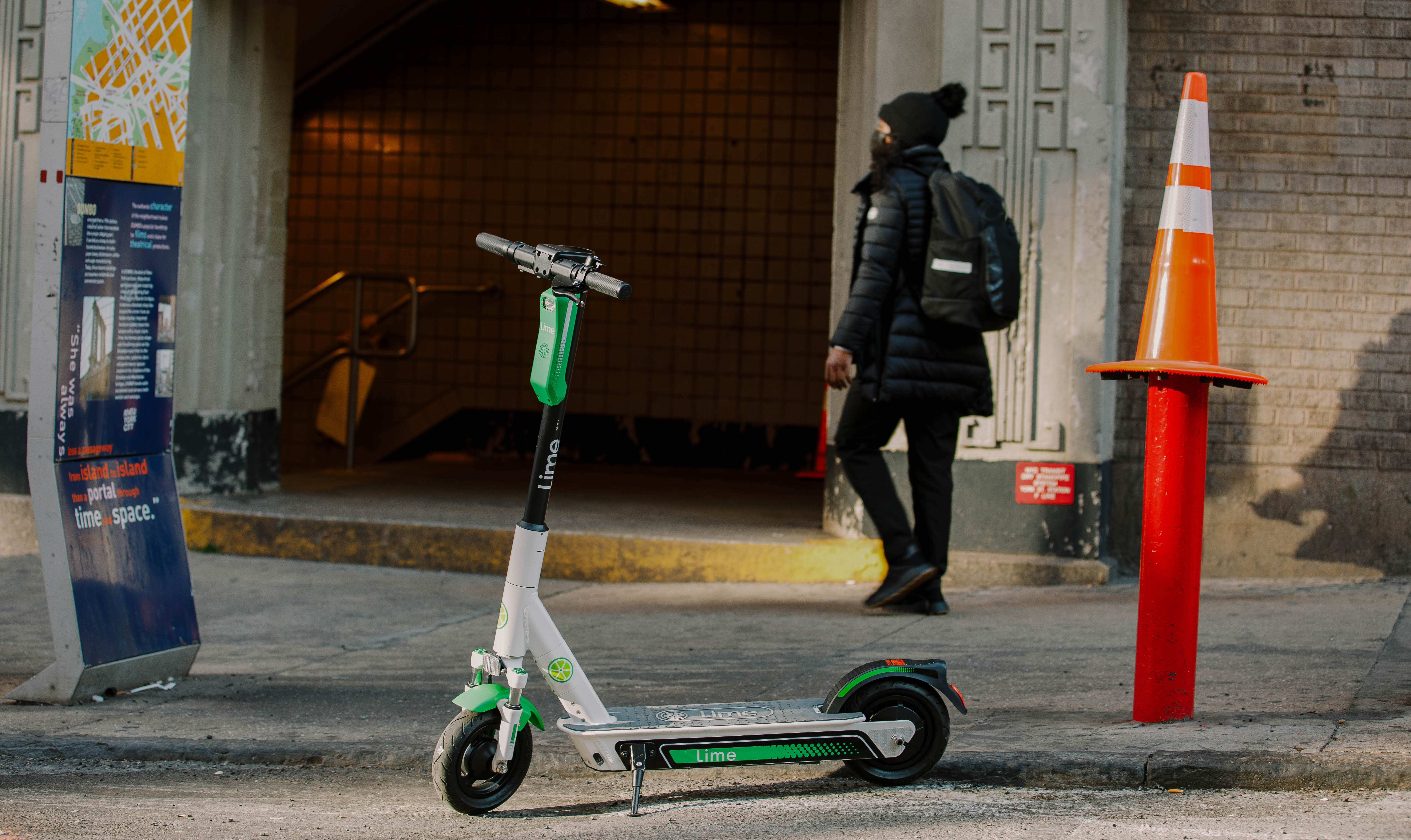 New York’s decision to award Lime a permit for its e-scooter pilot program is the latest in a series of permit award wins from major cities around the world over the past year. Our differentiated approach, operational excellence and extensive track record of being a reliable partner to cities has earned us permits in Paris, Chicago, Seattle and Denver--the biggest cities to run competitive permit processes, often with more than a dozen applicants. We’re now the only micromobility company to operate in all of the world’s biggest cities with e-scooter or e-bike programs, including London, Berlin, Rome, Seoul, Sydney, Los Angeles, Madrid and San Francisco, as well as the aforementioned cities.

The string of wins are a result of our work over the past two years to improve relationships with cities by addressing key concerns over parking, safety, operations and rider education. Over that time, we've invested heavily in developing industry-leading technology, including sidewalk-riding detection technology, enhanced geofencing capabilities, varied parking solutions tailored to meet cities’ preferences, and live, virtual and in-app rider education courses to improve rider behavior.

Our focus on revamping our differentiated offering to cities also extends to recent investments in hardware. The Lime Gen4 scooter--one of the few shared e-scooters designed in-house by a micromobility operator--sets a new standard for the industry, with safety and durability its hallmarks. Our unparalleled experience operating in cities with a broad range of topographies, road conditions, climates, usage rates and user feedback, informed the design of the Gen4. It results in a scooter that is built to last more than five years, and that provides the smoothest ride experience of any shared scooter on the market.

The New York City news caps a resurgent year for Lime. The global pandemic forced us to pause service in cities around the world for the safety of our staff and team members. While paused, we acquired JUMP bikes and scooters from Uber, which we began to deploy over the summer of 2020 as a complement to its recently redeployed scooters. Finding strong interest from riders for the combined bike and scooter service, we continued to ramp up operations, ultimately leading to our first full quarter of profitability in the history of the company in Q3 and helping surpass 200 million total rides in October. 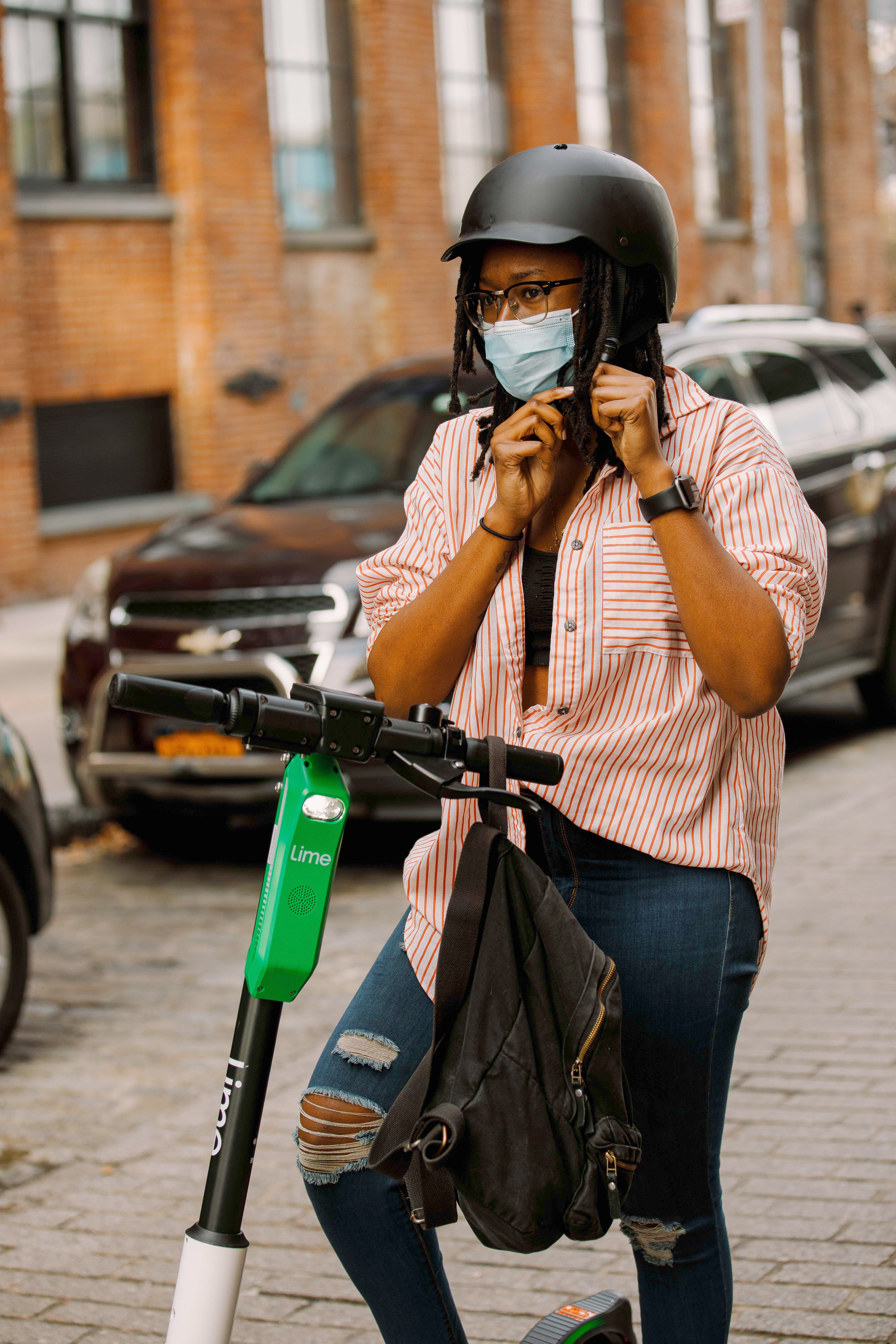 Since then, we’ve launched our Gen4 scooter in several European countries with plans to bring it to North America this year; announced a major investment in e-bike expansion and a new e-bike model; and launched mopeds for the first time in Washington DC and Paris--a major step toward realizing its vision of providing electric vehicles to help riders make any urban trip under five miles on the Lime platform.