It’s safe to say that, last September, the neighboring Bay Area cities of Oakland and San Francisco were situated at opposite ends of the electric scooter spectrum.

While Oakland’s streets were just beginning to open up to micromobility operators like Lime, San Francisco was in the midst of an e-scooter shutdown -- one that would last until midway through the fall of 2018.

The ensuing 12 months have yielded plenty of insights into the impact that shared electric scooters are having on both cities, but perhaps none are more revealing than data recently pulled regarding transit access, first/last mile connections and rider demand.

Over the summer, Lime began offering a special pricing plan to riders in Oakland: one that allowed commuters to pay a base subscription rate per week and then just $1 per ride after that. To measure the efficacy of the initiative, a survey was sent out in July along with detailed heat mapping to track scooter start and stop locations. The results speak for themselves.

Using best practices in research design, the team at Lime has concluded that: 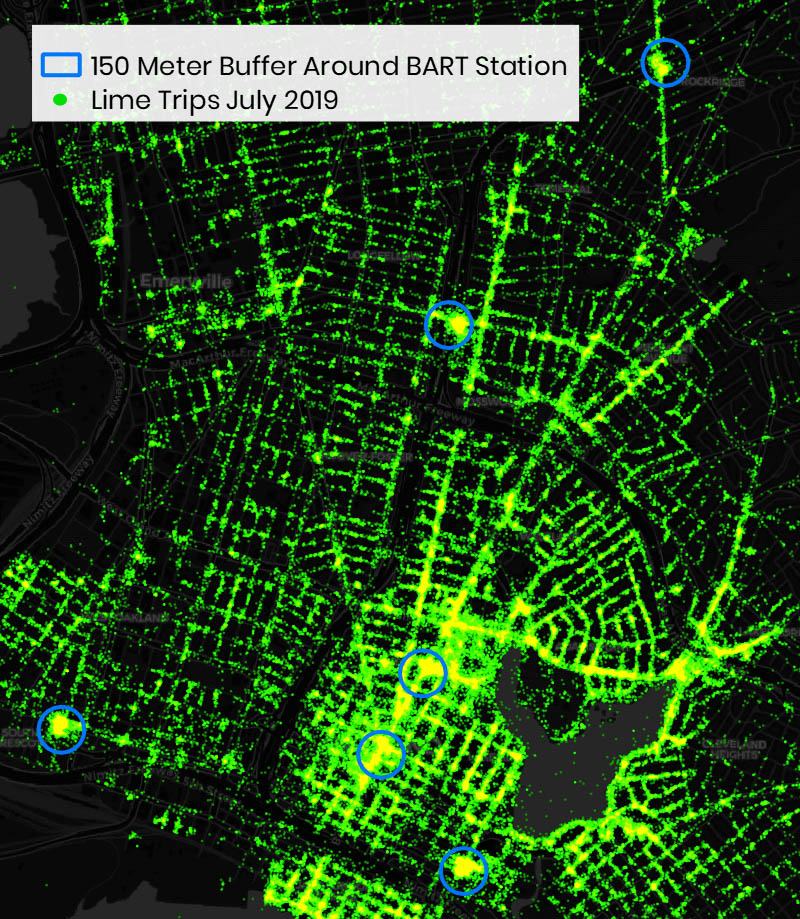 “The results from the Oakland program have been very promising,” said Calvin Thigpen, Policy Research Manager at Lime. “We intend to launch a similar initiative in San Francisco geared towards encouraging commutes and making it easier for residents in underserved communities to access public transportation.”

So what does this information tell us about the demand for more robust e-scooter services like Lime across the Bay?

First, it’s important to note that even though Lime has not been available in San Francisco for more than a year, over 28,000 app opens occurred in the city during the month of July.

More important than how many people are searching for Lime scooters, however, is where exactly in the city they’re searching from. As indicated in the maps below, many Lime app opens happen in Communities of Concern: areas designated by the SF County Transportation Authority as having potentially “high levels of households with minority or low-income status, seniors, people who have limited English proficiency, people who have disabilities, and more.”

They’re also occurring in areas not covered by the city’s current micromobility providers. 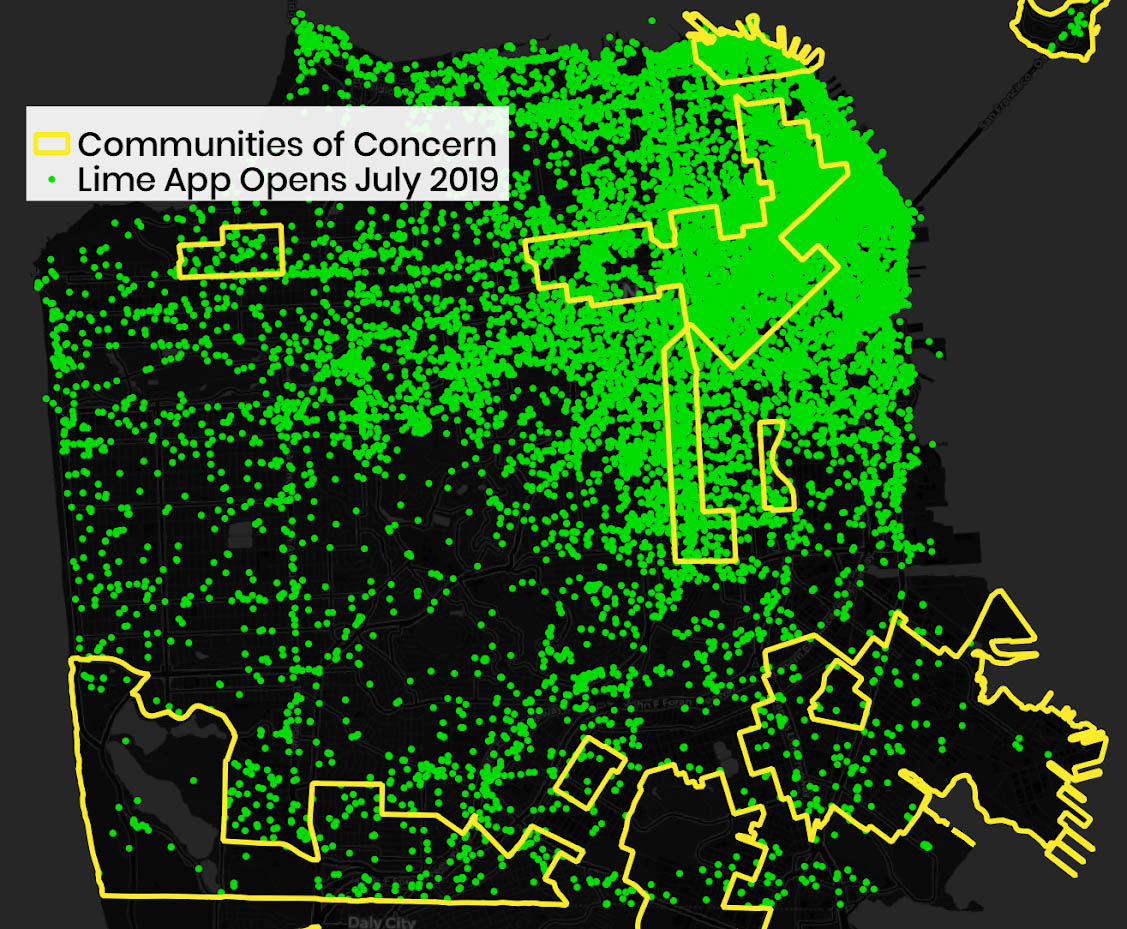 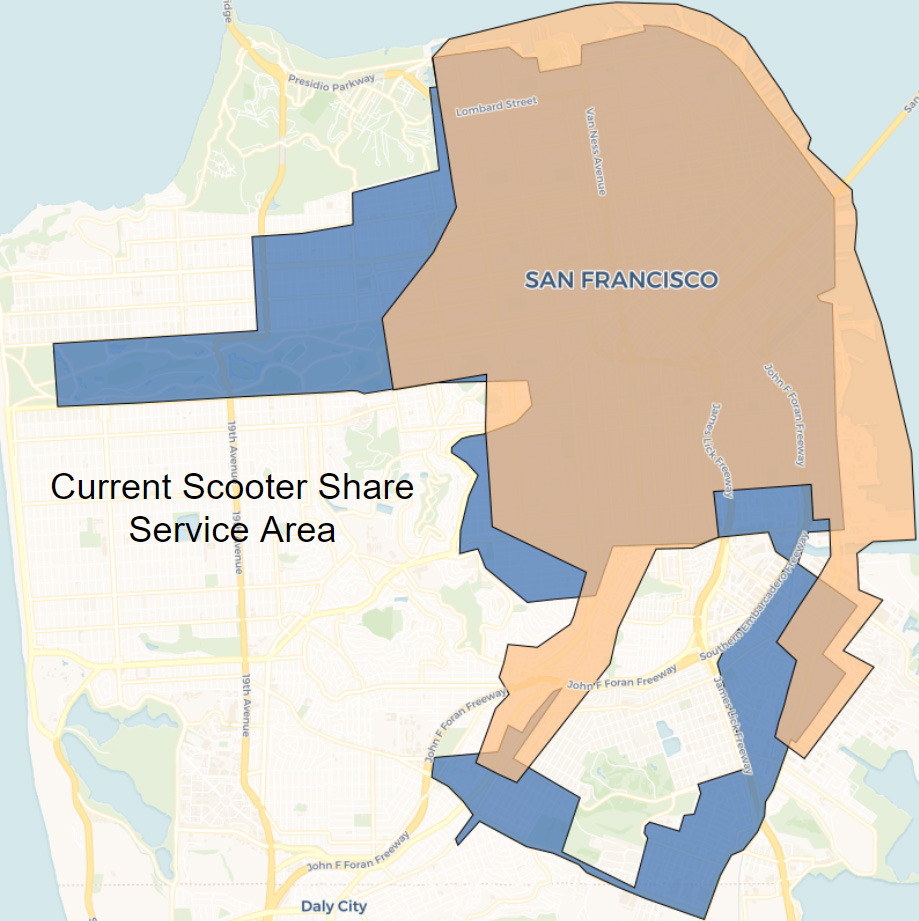 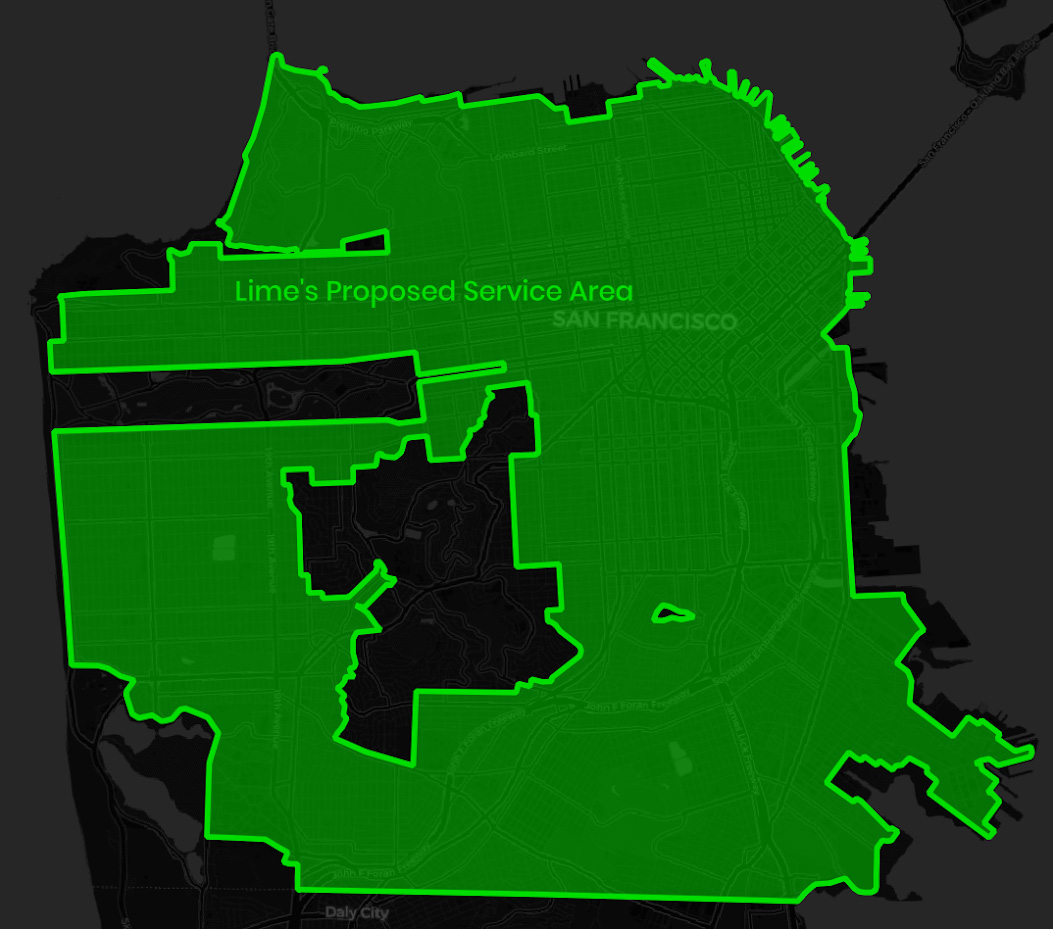 “Lime’s proposed service area in San Francisco will significantly increase scooter access to city residents,” said EV Ellington, General Manager for Northern California. “Given the results we’re seeing in neighboring Oakland, there’s every reason to believe that our services will not only assist commuters with their daily transportation needs, but will also make BART more accessible to thousands of city riders.”

These data insights come amid a period of significant shared mobility wins in Oakland. Earlier this year the city shared a snapshot of its successful micromobility initiatives, and in May Lime riders in Oakland celebrated 1,000,000 rides on electric scooters in just 6 months.

To learn more about how data is driving decision making in the world of micromobility, subscribe to 2nd Street, or download the Lime app to take an electric scooter ride in the Bay Area today.