Let’s say you and a friend each want to rent an electric scooter, but your friend’s phone is out of battery. What do you do?

Now micromobility users in more than 20 cities around the world can solve this problem with the tap of a button.

Introducing Group Ride, a new feature from Lime that allows riders to unlock up to five electric scooters on the same host account. Simply tap “Group Ride” located directly above the “Scan To Ride” button in your Lime app to get started. Guests can also be added on the fly, even if the host's ride is already in progress.

Important - All users must abide by Lime’s Rules and Regulations in order to use Group Ride, which include the following:

“We’re thrilled to be the first major electric scooter company to launch this highly-anticipated feature in select cities around the world,” said April Li, product manager at Lime. “With Group Ride, now many of our Lime riders can easily share the joys and benefits of sustainable, accessible micromobility with their friends and family members.”

The feature, which was first piloted in France, Poland and Chile in June, started rolling out in more cities across Europe and Latin America early last week. A full list of markets with Group Ride available can be found below. 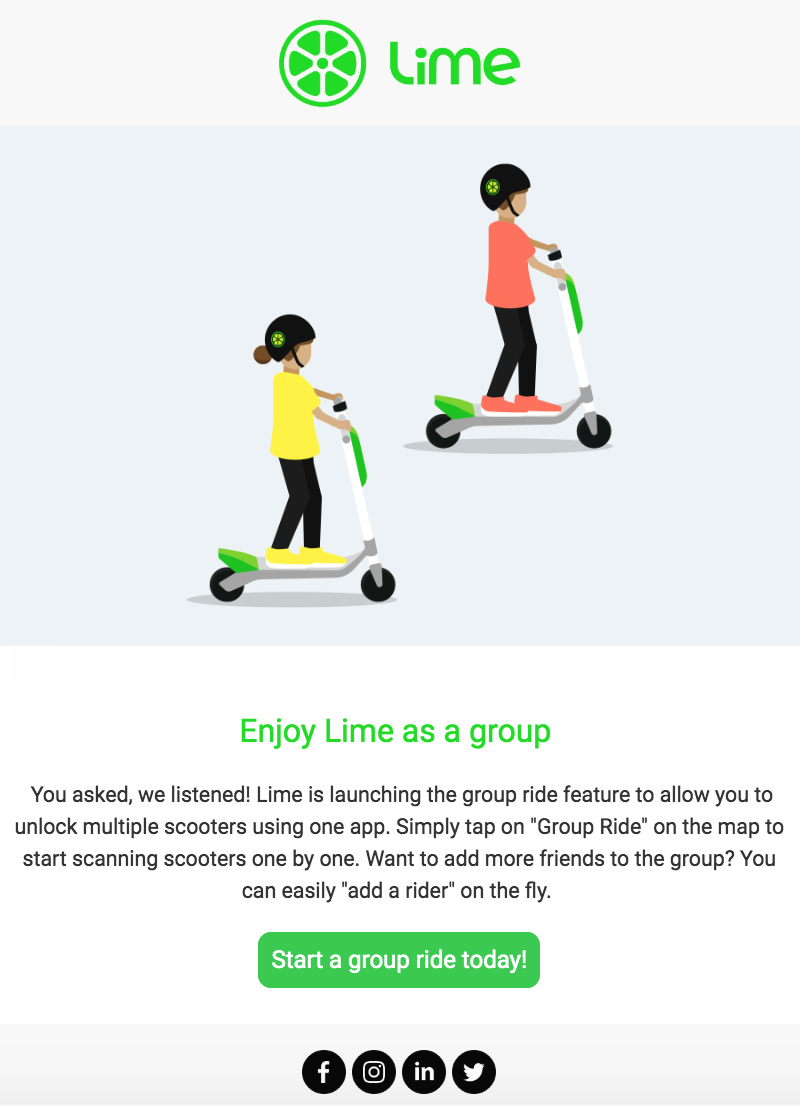 This is the latest in a series of key new in-app enhancements to be released by Lime since late spring, including a global Juicer Reserve feature that allows Lime Juicers to book scooters up to 30 minutes in advance and a global Scooter Reserve feature that lets scooter riders book a scooter up to 15 minutes before unlocking it.

To learn more about the most recent news and updates in the world of micromobility, subscribe to Lime 2nd Street, or download the app to take a group ride with your friends or family members today.

Lime Vision tech to keep e-scooters moving in the bike lane, not on sidewalks