It’s only been seven days since electric scooters rolled into Germany and already the micromobility trend that’s been sweeping steadily across the globe has seen historic adoption in Europe’s 2nd most populated country.

Riders in Berlin, Hamburg and Cologne have already racked up tens of thousands of rides on Lime scooters -- enough to help eliminate an estimated 3,000 kilograms of CO2 emissions by those who would otherwise have traveled by car.

This puts Germany on track to become one of the fastest -- if not the fastest -- countries to reach 1,000,000 Lime micromobility rides since France did it in just 120 days last year.

“Germany has always been at the cutting edge of transportation innovation, and micromobility is no different,” said Fabian Ladda, spokesperson for Lime. “Together with city leaders throughout the country, we’re establishing a responsible system of electric scooter use based on a foundation of safety, sustainability and cooperation.”

To help reinforce that message, Lime is preparing to host its inaugural First Ride Festival in the German capital this Sunday, June 30. Thousands of Berliners are expected to attend the free event at the city’s famed Haubentaucher Club featuring DJ’s, refreshments, artwork, scooter safety classes and more.

Prior to the festival, Lime will be hosting a free Lime Academy safety course at three locations throughout Berlin-Friedrichshain. Upon completing the 30-minute training sessions hosted by professional instructors, all 150 participants will take part in a group ride to Haubentaucher designed to raise public awareness of safe scooting practices.

“The Academies are spread out in different locations to allow as many people as possible to participate,” continued Ladda. “Berlin is a vibrant, multicultural city, and we believe strongly that electric scooter access should reflect that diversity.”

To learn more about Lime events happening near you, subscribe to Lime Second Street, or download the app to take an e-scooter ride in Germany today. 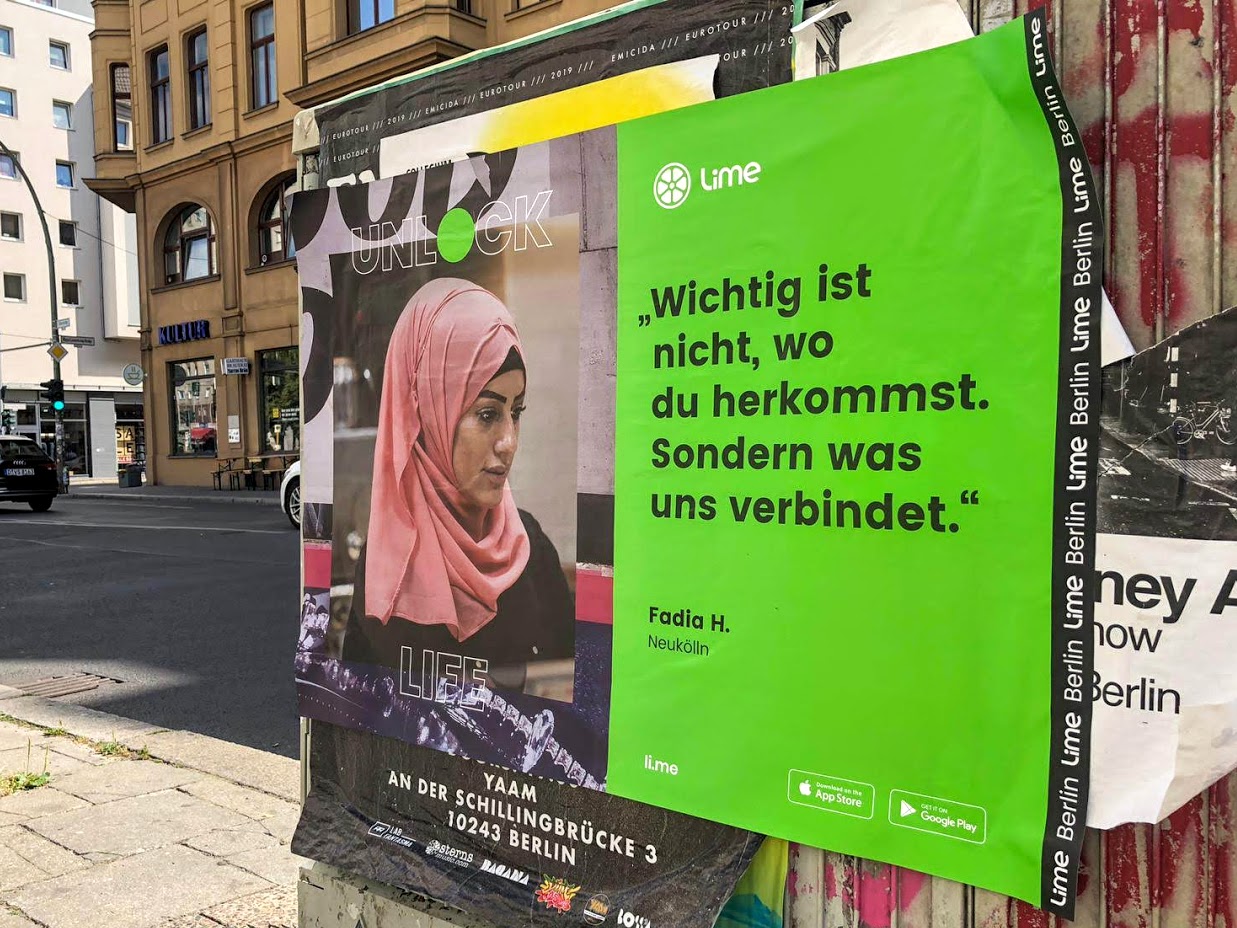