Lime’s integration with Google Maps last December was an industry first, extending the reach of micromobility to one of the world’s most popular GPS mapping services.

Now the two companies are taking their collaborative efforts a significant step further.

In addition to being shown nearby scooters and bikes in the “transit” tab, Google Maps users can now access Limes via both the “walking” and “cycling” tabs as well. The app will display helpful information about each vehicle including distance, price and battery range, as well as the most efficient walking route to get there.

“We’re very excited about this enhanced integration,” said Leon Kitain, Lime’s Director of Product. “When planning a trip, people often look for ways to optimize by combining multiple forms of transportation, from walking and biking to driving and public transit. By expanding our strategic partnership with Google to increase the visibility of Lime scooters and bikes within Google Maps, we're helping to ensure that people have access to the form of transportation that best suits their daily mobility needs.”

The expanded integration will roll out to Android users first, with iOS users to follow in the coming weeks.

To view Limes from the “cycling” tab in Google Maps, simply enter an origin and a destination then tap the “Lime” sub-tab located on the bottom half of the screen. Available scooters and bikes will automatically be populated in the vicinity of the starting point, with a walking route displayed to the nearest Lime vehicle and a bicycling route displayed for the rest of the trip.

When viewing directions from the “walking” tab, a route using a nearby Lime will be shown as an alternative when it is deemed a good option, along with the estimated travel time. 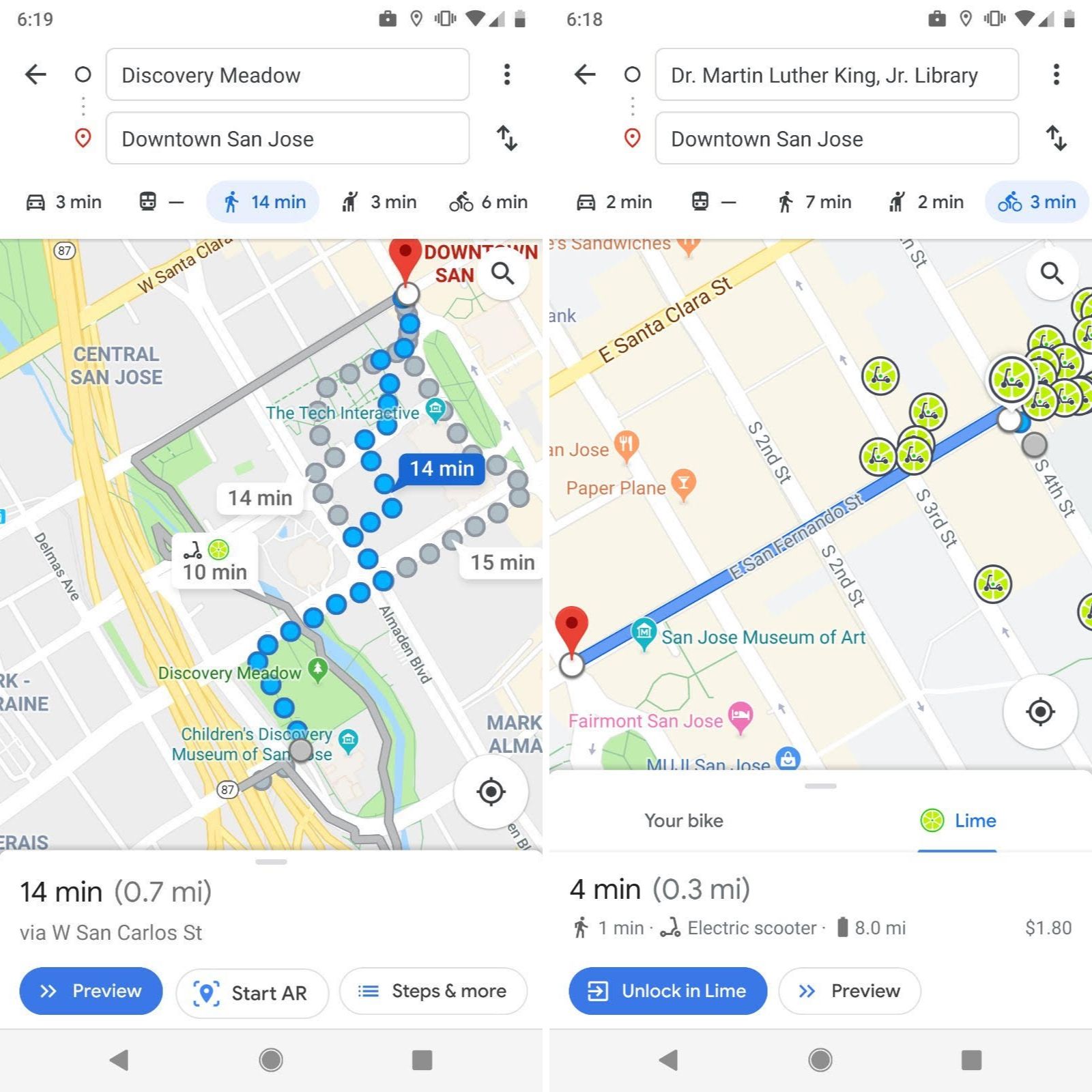 Clicking the “Unlock in Lime” button will direct users to the Lime app or, if not installed, the iTunes or Google Play stores.

One mobility group that could see the strongest benefits from this upgraded integration is commuters. In cities like Paris, where electric scooters have been shown to reduce commuting times by more than 10 minutes, 85% of Lime riders already report combining micromobility with other forms of transportation.

Increasing the visibility of scooters in Google Maps, alongside walking, cycling and transit options, will likely only further encourage more active and sustainable trips. A list of participating cities can be found below:

To learn more about Lime’s latest integrations and partnerships, subscribe to 2nd Street, or download the Google Maps and Lime apps to find the most convenient way around your city today.