Six weeks into Chicago’s e-scooter pilot, a newly-released report is highlighting two key metrics that could have major implications on the program moving forward.

After analyzing data from tens of thousands of trips, Lime shared with city officials last week an amalgamated look at scooter lock and unlock locations throughout the Chicago pilot area. Nearly 40% of all Lime rides have started or ended in priority west side neighborhoods such as Austin and West Humboldt Park -- areas of the city that have little to no access to mass transit and bikeshare stations. 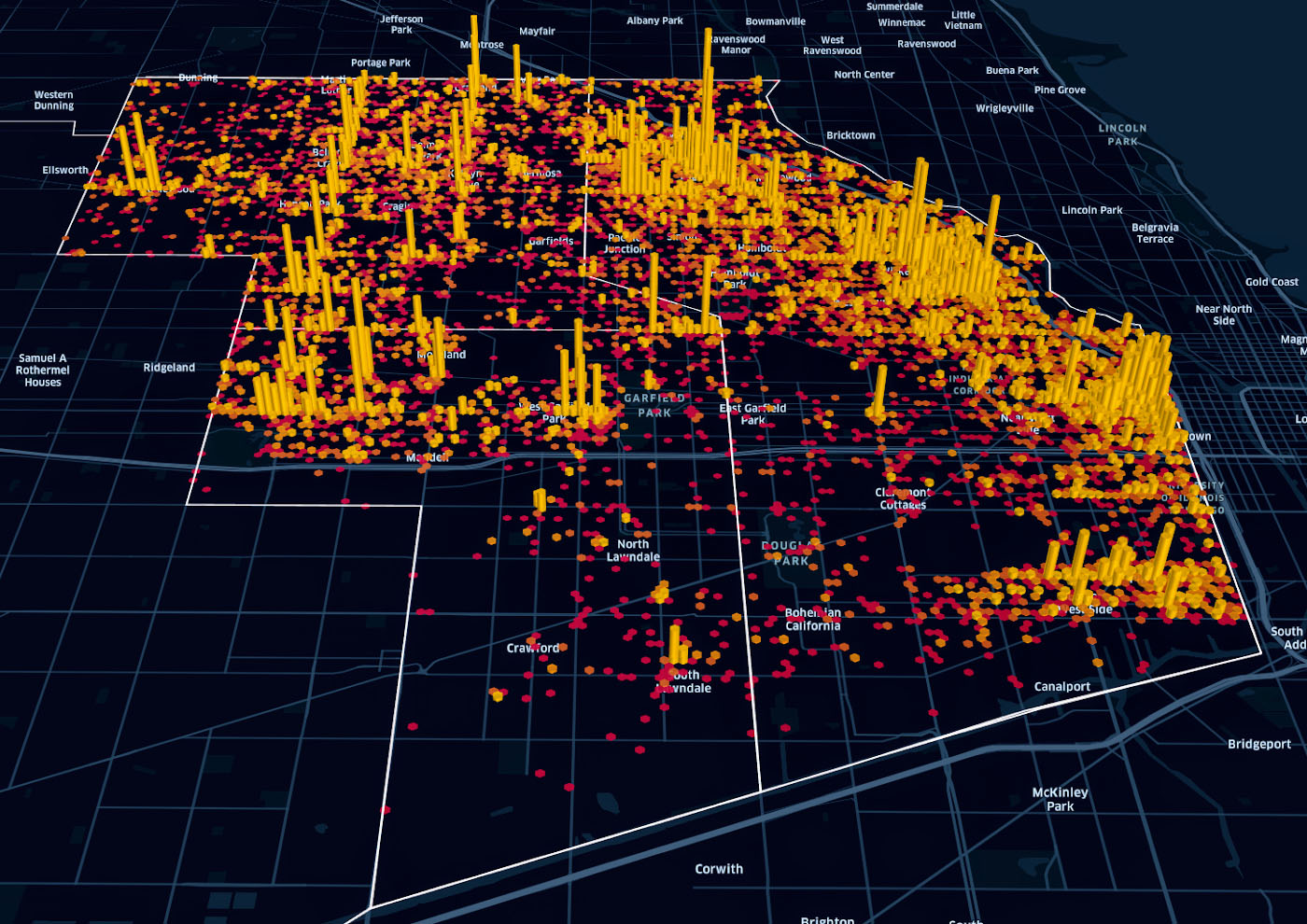 “What we’re seeing is a measurable shift in mobility access towards traditionally underserved communities,” said Matthias Donelan Jr., Lime’s Operations Manager in Chicago. “Transit equity has always been one of Lime’s core principles, and it’s exciting to see the beginning of what’s possible here in Chicago.”

But there’s a catch. Chicago’s pilot area covers a large swath of the city: approximately 50 sq. miles between Halsted Street, Irving Park Road, Harlem and the Chicago River. The combined number of scooters allowed by all operators, however, is capped at 2,500.

By comparison, the French capital of Paris, which is arguably the global leader in micromobility implementation, measures only 40 sq. miles and is home to over 20,000 shared e-scooters.

The implications of this discrepancy become clear when comparing the number of Lime app opens to the number of rides taken in both cities. While the former has increased dramatically week over week, there’s a clear plateauing effect happening with regard to the latter in Chicago. This would indicate that a disproportionate amount of Lime riders are searching unsuccessfully for available scooters in-app. 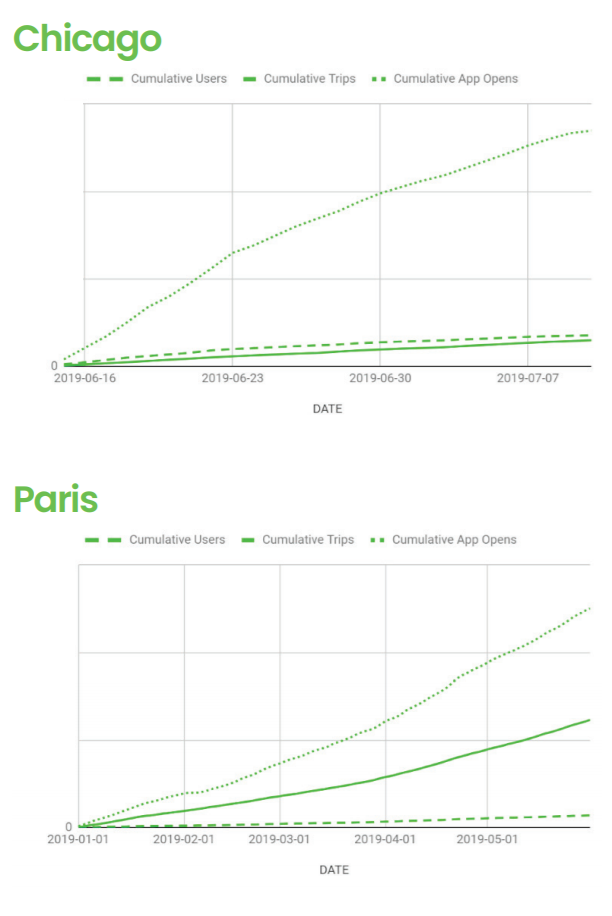 The decision on whether or not to allow more scooters in the Windy City ultimately rests with the Department of Business Affairs and Consumer Protection, which is evaluating companies’ performance based on things like safety, ridership and public sentiment.

Lime remains one of the only operators in the city who has not received a citation for failing to follow the rules of the pilot program.

To learn more about micromobility reporting happening around the world, subscribe to 2nd Street, or download the Lime app to take a scooter ride in Chicago today.