The German Red Cross is a member of the global community of the international Red Cross and Red Crescent movement, providing help without discrimination to the victims of conflicts and disasters and others in need, solely based on their level of need. It acts in the name of humanity for the lives, health, wellbeing, protection, peaceful interaction and dignity of all people, in Germany and in over 40 countries worldwide.

The Red Cross idea was born in 1859, when Henry Dunant, a young Swiss man, came upon the scene of a bloody battle in Solferino, Italy, between the armies of imperial Austria and the Franco-Sardinian alliance. Some 40,000 men lay dead or dying on the battlefield and the wounded were lacking medical attention. Dunant organized local people to bind the soldiers' wounds and to feed and comfort them. On his return, he called for the creation of national relief societies to assist those wounded in war, and pointed the way to the future Geneva Conventions. The Red Cross was born in 1863 in Switzerland with the set-up of the International Committee for Relief to the Wounded, later to become the International Committee of the Red Cross.

In the following years, national chapters were created by governments worldwide. The German Red Cross is the national Red Cross Society in Germany. It was founded in 1921. Since then, the German Red Cross (GRC) has been observing extensive national tasks (including rescue services and first aid, health services, aid for the elderly, including care and a visiting service, aid for children, young people and families, a tracing service and the Youth Red Cross). The GRC is also operational worldwide in the field of humanitarian aid - both in acute emergency situations (disaster relief) and in long-term development cooperation projects. The GRC is currently working in over 40 countries in Africa, Asia, the Middle East and Latin America. The aid projects abroad are focused on disaster relief and disaster reduction, the supply of drinking water, basic health, fighting epidemics, fighting poverty, rehabilitation and reconstruction.

In the past year, the GRC gained visibility through its Corona Emergency Relief Fund. In its auxiliary role as the national voluntary aid society, the GRC has been and still is actively supporting the fight against the Coronavirus in Germany as well as abroad. In view of the immensity of the task, the GRC wants to ensure continuous help for all people in need, for as long as the crisis lasts. Its 435,000 volunteers and around 177,000 full-time staff are committed to providing support to people in need as well as to healthcare workers in over 4,000 German local branches, and in the over 40 countries in which they work.

Additionally, Lime donated 250 bikes to the Berlin segment of the German Red Cross, as part of Lime’s sustainability efforts to recycle or reuse its hardware. In this second life of the bicycles, GRC employees will use them, among other things, for their own transportation or to carry out supply trips for those quarantined due to Covid-19. The GRC will also give away some of the bikes to social institutions and low-income communities. 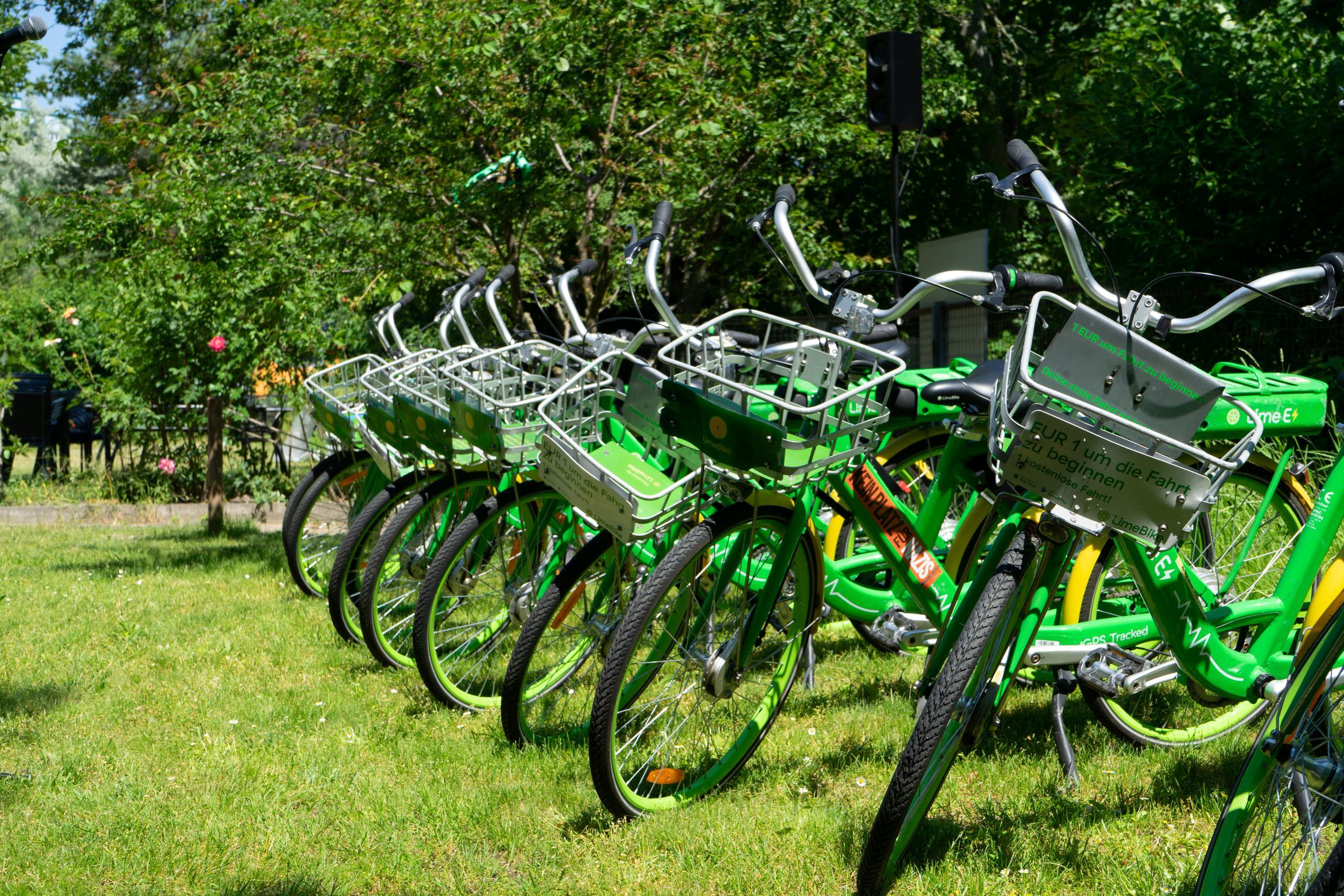 Christopher Stark, head of the GRC Youth Bicycle Workshop, says, "We are pleased that Lime is not only expanding our own fleet with this bike donation, but also gives a gift to many. With the campaign we want to draw attention to climate protection, as well as give people the opportunity to get a break from the stress of home-school or home-office. We also want to show transportation alternatives that are outdoors and socially-distant, complying with current safety and health regulations."

If you’re riding with Lime in Germany, enroll in the Lime Hero program in the Lime app to start rounding up the cost of your trips and donating to support the work of the German Red Cross.

You can visit https://www.li.me/donate to learn more or sign up for Lime Hero in the Lime app.