Scooters In Brookline Have Replaced More Than 50,000 Car Trips

Brookline, MA’s scooter pilot is the closest Boston has come to an electric scooter launch, and it’s already replaced more than 50,000 car trips.

Those are the findings from a recent survey conducted by Lime, where modeshift data was pulled from the responses of more than 170 local scooter riders. In total, 30.8% of respondents stated that they had used Lime to replace a trip by car during their last ride, and nearly 50% had ridden to or from public transit at least once in the previous month.

“These are the kinds of numbers we’re consistently seeing across all kinds of markets,” said Lime’s regional expansion director Scott Mullen. “To put Brookline in the same league with cities like Buenos Aires and Berlin really speaks to the power of this type of mobility to actually give people new transportation options.”

Surrounded almost entirely by the city of Boston, Brookline was the first municipality in the state to give the green light to electric scooters in April of 2019. Since then, city officials have announced that more than 170,000 trips have been taken by some 19,000 unique scooter riders. That’s roughly one-third of the town’s entire population.

Brookline’s 50,000+ replaced car trips are good news for a region that has seen consistent increases in traffic congestion to accompany its consistent population growth. In August, Transportation Secretary Stephanie Pollock summed up both the problem and solution following the release of the Massachusetts DoT's Congestion in the Commonwealth report:

“A range of factors created today's growing congestion problem. Only an equally wide-range of actions by public and private players can fix it.”

The Lime survey results in Brookline come just weeks after leading transportation planning firm Sam Schwartz Engineering helped put together a far-reaching sustainability report on electric scooters in Paris. According to the study, scooter riders in the French capital prevented more than 1.2 million car trips and saved over 330 tonnes of CO2 between June, 2018 and September of 2019.

To learn more about micromobility results and policy around the world, subscribe to 2nd Street, or download the Lime app to take an electric scooter ride in Massachusetts today. 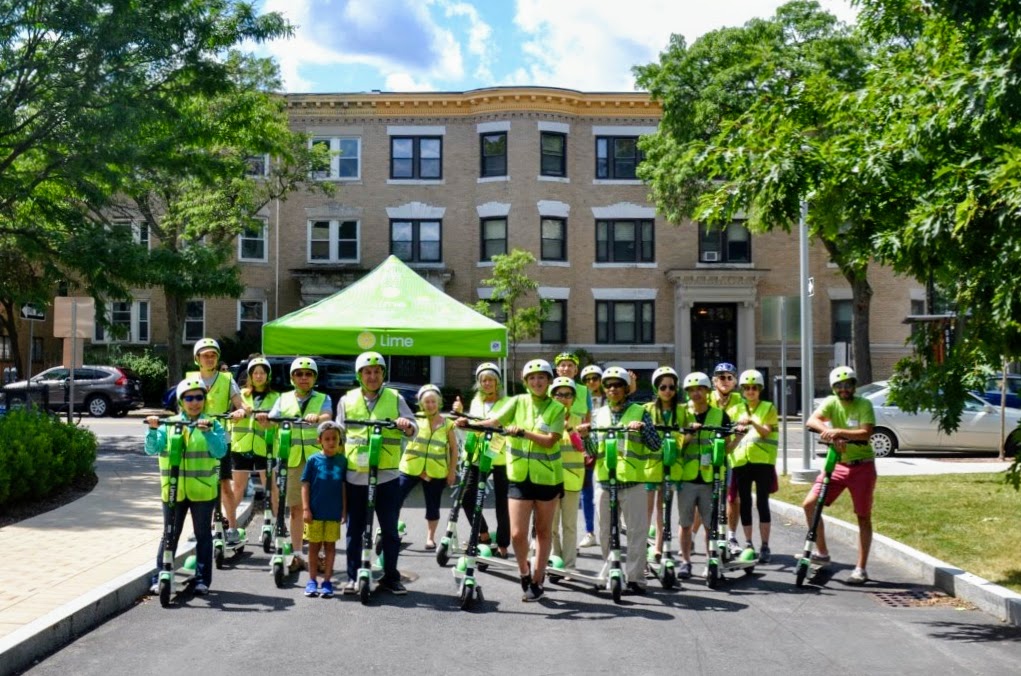