How much can dockless bikes and mobility scooters teach us about our cities?The short answer is: a lot.Less than a year after companies like Lime first launched in the US, the emerging data is already giving city officials a clearer understanding of transportation needs at the local level.Here are four key pieces of insight we’ve learned over the past 11 months that are helping make communities both smarter and more connected.

1.) WHERE THEY'RE BEING RIDDEN

One of the strategic benefits of the dockless model is that it doesn’t rely on costly docking stations in order to operate.This means, at least in theory, that riders have greater access to the city and that outlying communities aren’t left out of the mix. But is that really the case?Well, see for yourself.In Seattle, a recently-released SDOT/University of Washington report indicates that, unlike the city’s former dock-based system, companies like Lime are being used across the entire metropolitan area “including strong ridership in the Industrial District and the Rainier Valley.” 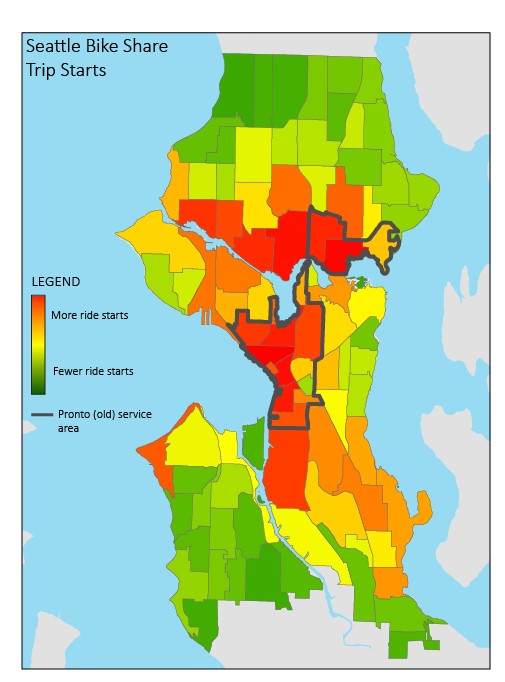 Lime’s own heat maps corroborate these findings. In Miami, our recent look into the city’s first 100k rides shows just how widespread usage of Lime’s smart mobility fleet has become.

Another proposed benefit of dockless bikes and mobility scooters is their accessibility.Traditional bikeshare models tend to concentrate docking stations in affluent, high-income areas. This is why predominantly working-class neighborhoods like Queens, NY and Ward 8 in Washington D.C. have historically had little to no access to public biking.So do companies like Lime help even the mobility playing field? According to a recently-released Virginia Tech study says, yes.

According to VT, there was an 18% jump in the number of dockless riders earning less than $35,000/yr annually, along with 13% jump in African-American ridership. 12% of surveyed riders also indicated that their primary reason for going dockless was due to a lack of nearby docking stations. 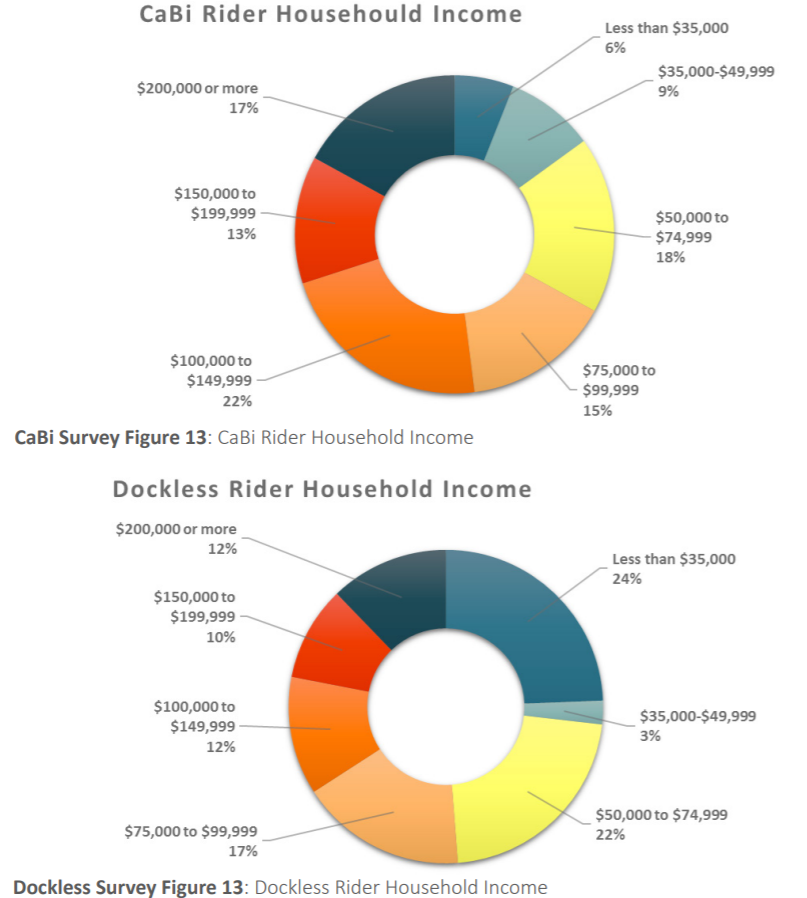 3.) WHY THEY'RE BEING RIDDEN

Bikeshare systems offer a host of potential benefits, from solving first and last mile transportation gaps to helping clean up the environment.So just why are riders choosing to hop on these colorful dockless bikes and personal mobility scooters? Check out the results of the Virginia Tech study below:

Lime’s Year End Report helps to shed similar light on the motivations behind dockless transportation. In it, we revealed that 40% of our riders started or ended their rides at public transit stations, while another 25% used our bikes to head to popular shopping and entertainment districts. 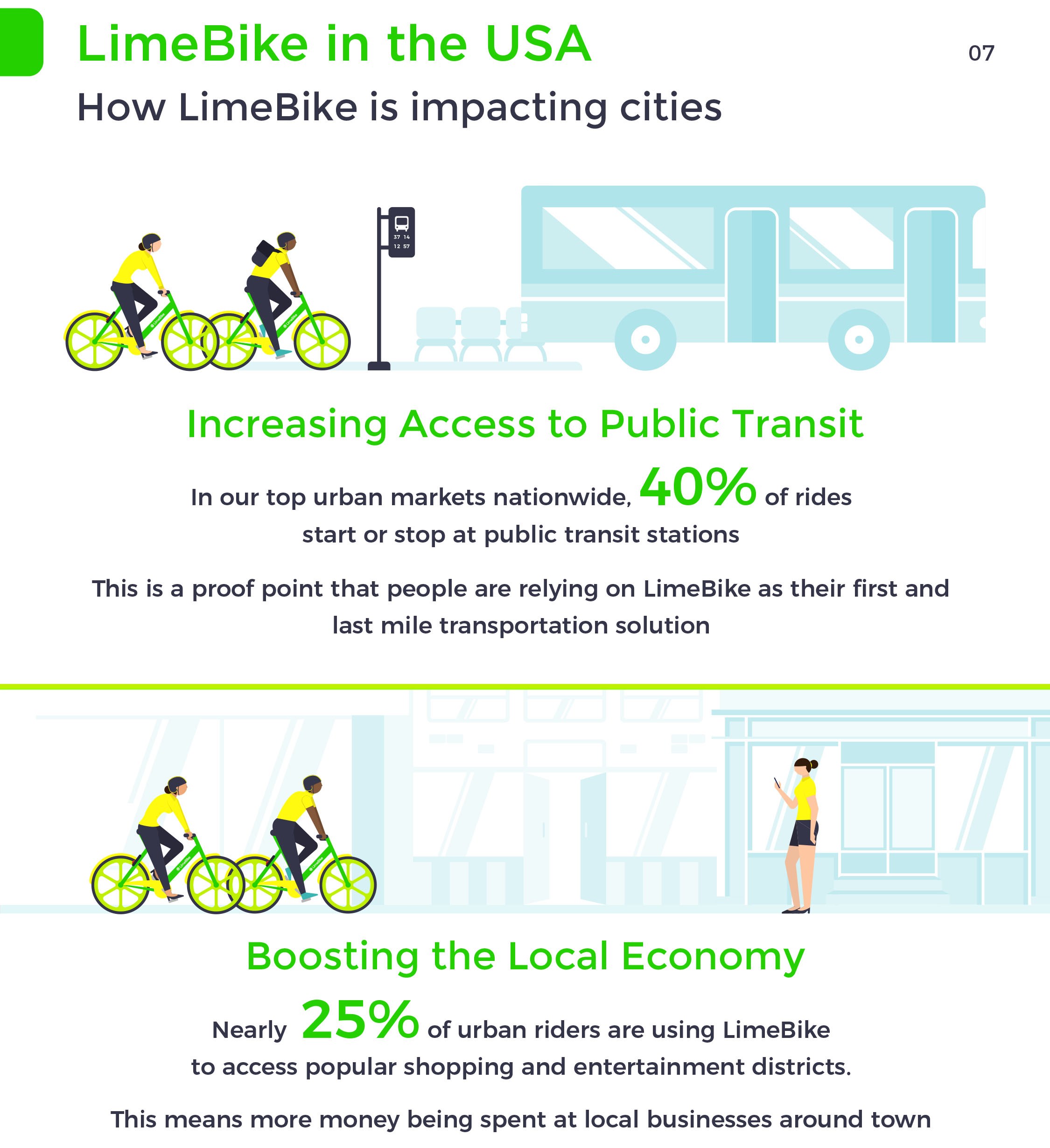 The implications of implementing a robust, city-wide smart mobility network are huge.Not only could it dramatically improve our use of public space, but it offers the possibility of connecting communities like at no other time in human history.That’s only if, however, people actually use it. So are they? Here once again, the answer is a resounding yes.On May 1, Lime topped 3 million rides globally - a milestone we reached in well under a year. And the trend is only increasing.According to the National Association of City Transportation Officials, 35,000,000 bikeshare trips were taken in 2017. That’s 25% higher than in 2016, and dockless systems like Lime weren’t even introduced until halfway through the year. 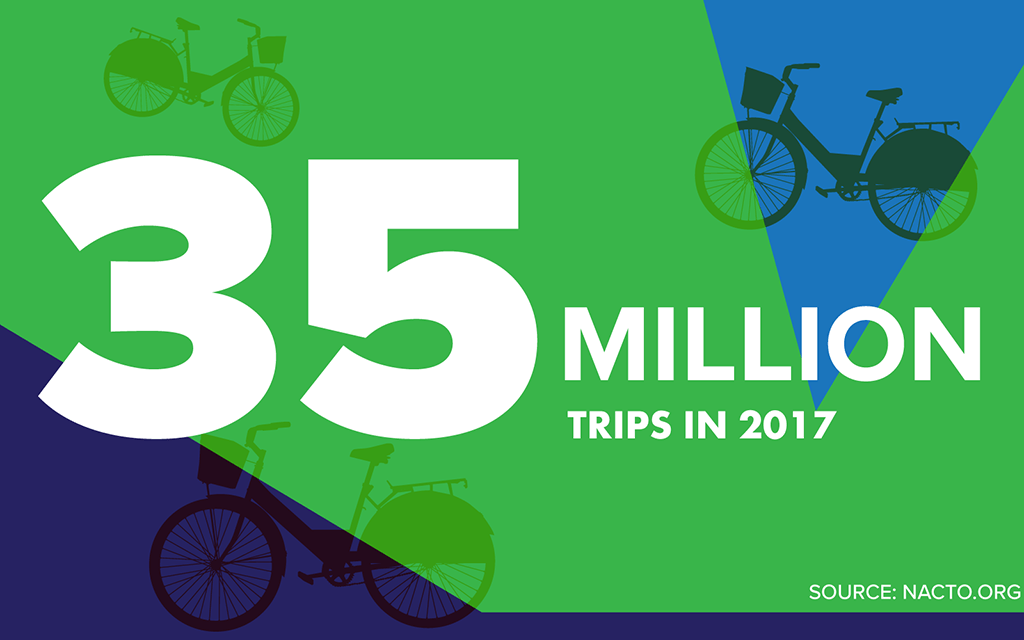 So the next time someone asks you whether or not you think smart mobility companies like Lime are making a difference, remind them that a year’s worth of data collection is already enabling our cities to become smarter, more connected and better suited to serve the transportation needs of all of their citizens.